Anticipated project benefits are enhanced compliance with SB 1383, as well as improved coordination on legislative compliance between RecycleMore and its Member Agencies. 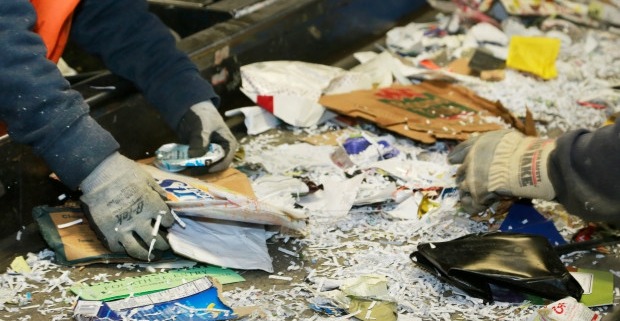 R3 was recently selected by Zero Waste Marin to conduct an Organizational Assessment of the JPA and provide recommendations on Best Management Practices and agency design that will improve the JPA’s ability to support Marin’s efforts to reduce waste going to landfill; as well as a zero waste feasibility study update that identifies five short-list strategies and a roadmap toward implementation of those strategies.

From 2014-2015, R3 was engaged by the County of Monterey (County) to evaluate and analyze its Solid Waste Management System, with the objective of developing an integrated regional approach as an alternative to the existing “split” between the two sub-regional solid waste management agencies. R3’s primary goal was to develop options to provide an efficient solid waste system to the entire Monterey region in a way that protected public health and the environment, provided benefits to all rate-payers, was committed to the highest and best use of materials, was adaptable and responsive in managing materials, and ensured that services were accessible to all customers.

R3’s work efforts included modeling tonnage flows between each community, transfer stations, processing facility and disposal facilities to determine the most environmentally sound and cost-efficient manner to manage solid waste on a regional basis. The modeling efforts addressed costs, GHG reductions, increasing diversion from landfill, closure of landfills, and location of transfer stations. The study’s results were presented in a series of regional workshops that facilitated the collaboration between all parties involved to remove barriers that previously had undermined cost-effective regional efforts to benefit all ratepayers. to identify and develop a consensus on operational, financial, political, and legal issues as alternatives to the status quo. 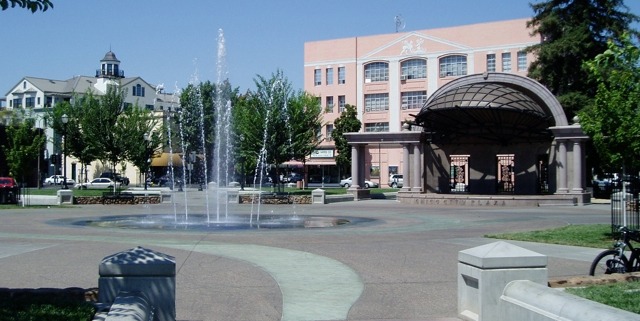 In 2014, R3 developed a franchise system of solid waste collection for the City of Chico (City) to replace the City’s existing open-market permit system. Under the existing system, solid waste subscription was not mandatory, commercial and multi-family dwelling (MFD) rates were unregulated, and the City provided many services generally provided for free by a hauler under an exclusive franchise agreement. For this engagement, R3 developed and helped implement an improved solid waste collection system that fulfilled the City’s environmental goals and complied with State regulations, including AB 939, AB 341, and AB 1826.

Through R3’s facilitation, the City entered into negotiations for a new franchised collection system with its two permitted haulers, North Valley Waste Management (WM) and Recology Butte Colusa Counties (Recology), with the franchising costs fully reimbursed by the haulers. R3 worked extensively with the City and its permitted haulers to develop and analyze future franchising options, including documenting the existing conditions of the City’s solid waste system, developing key terms and conditions of potential franchise agreements, and establishing operational zones and requirements for the new collection system.

At the time of this engagement, the City’s solid waste collection was regulated through an open-market permit system, with unrestricted permits issued to North Valley Waste Management (WM) and Recology Butte Colusa Counties (Recology) to serve both residential and commercial accounts in the City. Both permits were set to expire on June 30th, 2019.

R3 was recently engaged by the City of San Diego (City) Environmental Services Department (ESD) to conduct a study that evaluated whether the ESD should implement a districted exclusive collection system for the diversion and disposal of commercial solid waste generated within the City. At the time of this project, the City regulated commercial solid waste generation under a non-exclusive commercial collection system, with 21 non-exclusive commercial Franchise Agreements (FAs) and nine franchise haulers competing for accounts throughout the City. Through the implementation of a “districted” system, the City would be organized into multiple service areas (districts) with a single hauler operating in each.

R3 had a wide range of responsibilities for this engagement, including, but not limited to performing the following tasks for the City:

R3 ultimately found that adopting a districted exclusive collection system would produce many benefits, and accordingly made recommendations to the City regarding the implementation of such a system. These recommendations included specific details regarding the development of new FAs with exclusive franchised haulers to align with the City’s environmental goals, and a 3-district  option that maximized routing efficiency and reductions in traffic, air equality emissions, greenhouse gas emissions, and noise.

R3 (with the assistance of Abbe & Associates and Blue Ridge Services) was engaged by Lane County (County), Oregon, with a three (3) phased master planning process: conducting an Operational Review, developing a Regional Strategic Master Plan, and developing Jurisdiction-Specific Action Plans. The County operates a series of 16 transfer stations, a large landfill and a special waste facility.

R3 reviewed the operations and finances of Lane County’s landfill and transfer station system, and material recovery operations, and identified opportunities to improve the safety, cost, diversion, and overall system performance. Recommendations were very well received by Lane County and include: reconfiguring Lane County’s rates for material recovery facility residuals to provide more effective incentives to divert material, revising operations at the landfill and at the County’s central transfer station, and closing various rural transfer sites. The Phase I Operational Assessment Final Report was presented and well received by the County Board of Commissioners. A major goal was to identify at least $1.5 million in annual cost savings for the Division; R3’s recommendations are projected to save the County $1.8 million annually.

Phase 2 of the project involves conducting a needs assessment and developing a strategic Regional Master Plan, with the goal of achieving a Countywide diversion rate of 63%. The Phase II Regional Waste Master Plan involves identifying, evaluating and recommending programs and policy options, and projecting funding needs associated with the recommended Master Plan components.  R3 also led the stakeholder involvement process as part of Phase II. As part of the development of the Regional Master Plan, R3 designed the supporting stakeholder involvement process that included:

Phase III of the project involved working with the cities of Eugene and Springfield to develop jurisdiction-specific Action Plans to guide the implementation of solid waste management system polices, programs, and facilities in those jurisdictions that are aligned with the County’s Regional Master Plan.

Recently, R3 was selected to further assist the County with the following:

R3 was engaged by Siskiyou County (County) Department of Solid Waste (Department) to assist with an Evaluation of the County’s existing solid waste system and the development of a Solid Waste Management Plan (Plan) in support of determining future disposal and recycling contracting methods that increase efficiencies and reduce costs.

R3 assessed the County’s overall solid waste management system to support the identification and realization of opportunities to increase the efficiency and reduce the cost of the Sanitation Enterprise Fund. R3 conducted a SWOT analysis to identify internal Strengths and Weaknesses, and external Opportunities and Threats to the County’s solid waste management system. To accomplish this, R3 worked with County staff on site, touring its facilities and observing its operations in order to comprehensively review the efficiency and effectiveness of the current collection, transfer and disposal systems, and develop meaningful recommendations for improvement.

To support the ongoing management of the Department’s finances, R3 also developed a recommended 10-year Rate Adjustment Plan to enable the County to maintain a positive annual net cash flow for the Sanitation Enterprise Fund, retire its current $6 million debt within a targeted time frame, and fund a new transfer station in Yreka. To do this, R3 created a simple Excel-based Rate Model which can be used to model various gate rate and/or parcel fee adjustments. 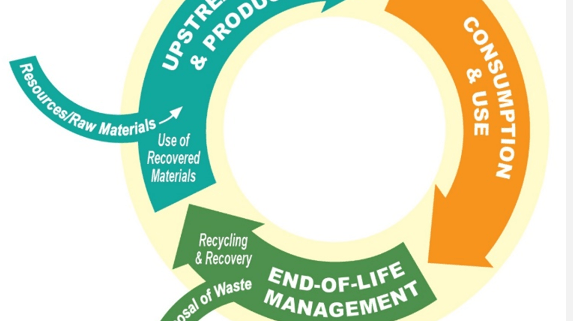 R3, with subconsultant Cascadia Consulting Group,  was engaged by the City of Carlsbad (City) to develop a Sustainable Materials Management Plan (SMMP). The purpose of the SMMP was to identify specific policies and ordinances, programs and services, service provider contractual requirements, and facility capacity that Carlsbad should pursue to achieve its sustainable materials management objectives. The SMMP was organized into the following three phases:

Implementation of Carlsbad’s SMMP and the completion of Phase 3 will result in the following:

The SMMP’s “actions” for each of the 3 Phases are presented in the context of the following three elements of sustainable materials management systems (life-cycle phases), with the major types of actions associated with each element noted:

In support of city’s the end-of-life management objectives, it will need to negotiate changes to its existing collection contract and Palomar Transfer Station (PTS) operating contract, and/or draft new agreements and conduct competitive procurement processes for collection and transfer station services when the current contract terms expire. The City will also need to establish policies, enact or amend ordinances, and provide other support activities as deemed appropriate in support of its sustainable materials management objectives.

The SMMP has been well received by the City and its elected officials. The City’s planned next steps are the development and execution of a detailed Implementation Plan. 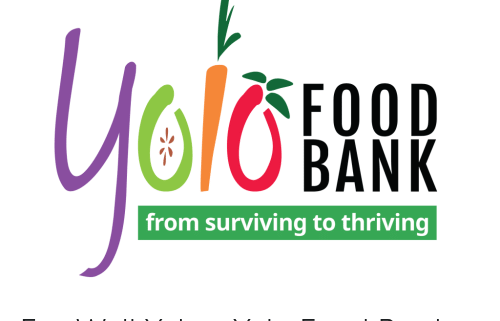 R3 is providing the Yolo Food Bank with assistance to support the Yolo Food Bank’s efforts to expand its capacity by 50% and assist in the development and execution of a Distribution and Sourcing Plan to secure and distribute an additional 2+ million pounds of healthy food annually.

R3’s primary tasks for this engagement are as follows:

R3 is also assisting the Yolo Food Bank in maintaining compliance with the requirements of SB 1383 related to Edible Food Recovery Services and Organizations, as well as SB 1383 reporting requirements placed in edible food generators.

R3 was selected by the City of Santa Clara (City) in 2017 via a competitive procurement process to conduct an audit of the City’s 10 Non-Exclusive Franchised (NEF) haulers. The NEF haulers provide garbage, recycling, organics, and construction and demolition (C&D) debris collection services within the industrial-zoned areas of the City.

The objectives of this original engagement were to review the period of July 2016 to June 2017 and verify the following:

R3’s review identified significant underpayments of franchise fees by the haulers, ultimately amounting in a net total of $102,000 owed to the City. R3 communicated the results of the recalculations to the NEF haulers, and all agreed to the mathematical accuracy of franchise fee amounts owed to/from the City.

R3 also provided the City with the following:

As a result of the initial audit, R3 was retained by the City to conduct two more NEF hauler audit cycles, as well as to support the implementation of our recommendation to revise the NEF Agreements to facilitate future compliance with state legislation. Our most recent audit for the period of July 2017-2018 identified an additional net total of more than $160,500 in underpayments owed to the City. R3 will conduct the next audit for the City between July 2019 and December 2021.